Touch Lock is a popular app downloaded over 3 million times. Commuters, students, parents and the elderly or any person who has finger trembling disability would find it useful because it allows them to enjoy their device’s display without interruption by preventing unintended operations on the touch screen and buttons.

Uses:
★ Safe and stable calls preventing accidental disconnects.
★ QR Code’s strongest assistant tool: whether you’re boarding a plane or taking the subway, it takes only a second to scan your electronic ticket.
★ A good help for cooking. The app keeps the screen on so you can read the recipe
★ Take great underwater video. The app prevents interference from water touching the screen
★ No interruption to your navigation: you can open a map and put it in your pocket
★ You won’t have to worry about your screen going to sleep automatically when you’re copying texts or displaying content on your phone
★ A marvelous gadget screen freezer for mobile games: no more accidental stopping or exiting due to the touching of screens and buttons
★ Isolated lock-up of physical or virtual keys: whether you’re looking through your photo album or playing a game, you can retain easy control
★ Enjoy a one-handed cinema: you can walk about while watching your favorite TV series without being interrupted
★ It takes one second to transform into a drawing board: a good tool to help you develop your drawing skills
★ Turn your MV into a pocket music player anytime
★ Lock the screen and use your mobile phone as a marquee or fluorescent stick in a music concert
★ Drive with a locked screen and make your driving safer 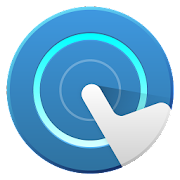